Production optimization and related analytics is important for all businesses, regardless of industry. However, there are companies with special characteristics. This group includes, among others, the pharma cosmetics sector characterized by various forms of cosmetics and a large amount of raw materials used in production. In order to avoid overproduction of waste, highly advanced technologies are used. The example of MES implementation at the cosmetic company shows how profound the benefits of the implementation can be in terms of waste reduction.

ANT implemented solution for a one of the most recognizable Polish cosmetics company. The core of its business is a production of luxurious cosmetics, which is located in the central Poland.

The offer of client’s brand is very diverse. Although these products can be boiled down to one common denominator – they are beauty products. These include creams, gels, application ampules, powders, liquids, scrubs and ointments. As a result, there is a risk of large potential manufacturing waste due to the natural production process, and there is a need to reduce waste.

Optimizing production, eliminating potential sources of errors and issues, and increasing efficiency – these were the company’s primary goals after internal analyses and audits revealed the need to streamline production processes.

The following were indicated as key issues:

Implementation of changes based on ANT

Based on the gathered data showing the state of production in the factory from an analytical point of view, a pilot ANT system was implemented, initially designed for one production line.

The concept was quickly expanded, and today the ANT system covers all eight production lines in the factory.

The basic step that was the foundation of any changes leading to production optimization was the refinement of the system for communicating with the machines. The changes in the first stage covered the transmission of signals from machines – within PLCs or I/O module – in order to gather all data about production process, such as production execution, waste, states, speed. 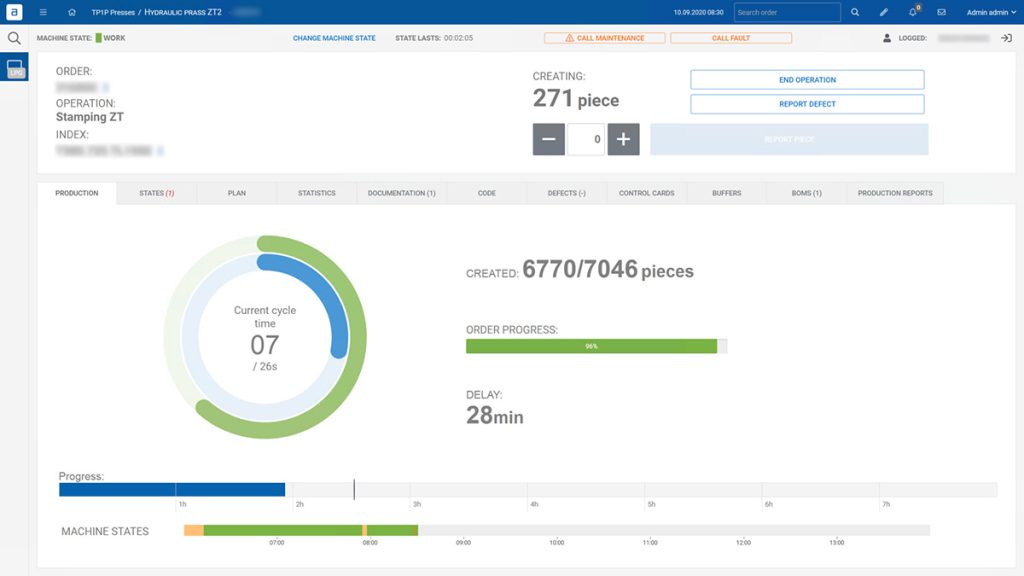 Some of the machinery that are used to manufacture packaging and protective materials in the pharma cosmetics industry are: 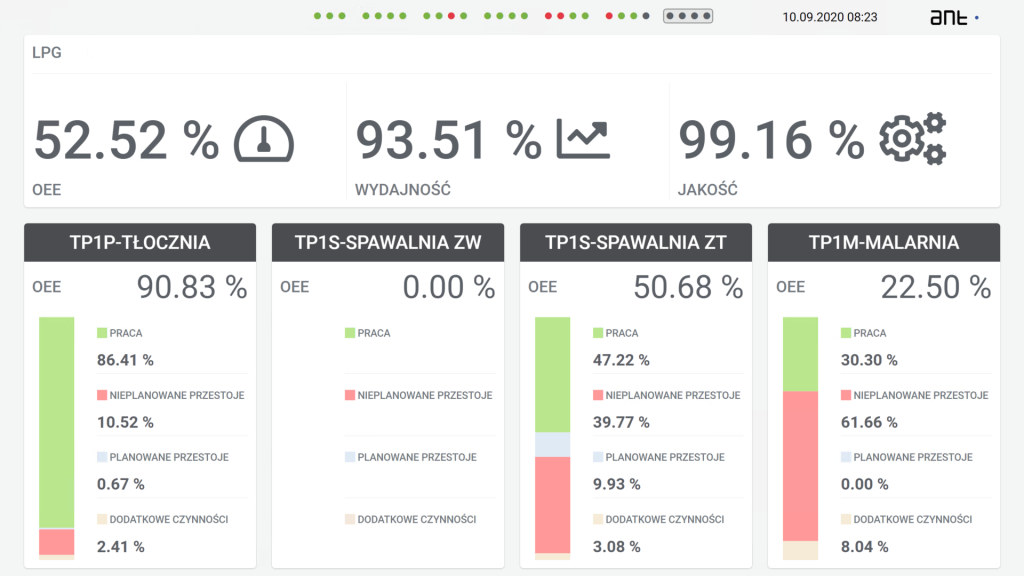 The changes in part of the system additionally included the supply of equipment necessary for broadly defined analytics. It should not be viewed solely through the prism of strictly mathematical and logical operations. It was necessary to create a system and solutions that would provide a transparent and clear presentation of the current state and potential solutions – so that production managers would have a comprehensive insight into individual processes. Along with MES analytics and micro-stops diagnosis, ANT provided four large screen TVs and ten operator control panels to increase transparency and support employees during the production process.

Results of implementing an MES in the cosmetics factory

Automation in data collection and production monitoring has become the cornerstone of innovation. This includes gathering date from PLC, sensors, and input data collected by operators

This allowed better control of the following elements and processes:

An important change in the operation of the factory was the flow of data in case of irregularities and deviations from the set standards. Automation has resulted in decisions being made on the basis of notifications sent – importantly – in real time and not by taking into account a delay. This was yet another step towards production monitoring and optimization. Through the MES, also the individual statuses and progress of the production steps were analyzed in real time.

How to reduce production waste, and how important is early notification of failures and their causes in practice in the factory? The example of production lines in the company shows significantly faster reaction and presence of technical service in case of problems detected by the system.

However, the effects of change can be viewed in a much broader way. In addition to the already mentioned faster reaction of the maintenance and technical department, the awareness of the importance of the processes taking place in the factory has also increased. Thanks to the step-by-step display of operations, the operator has a more flexible approach to changeover and production processes.

This factor also proved to be of importance in terms of identifying and analyzing the causes of micro-stops and manufacturing waste. Although on an individual scale they are not perceived as a threat, collectively they can pose a major problem in terms of a company’s production efficiency. The elimination of minor downtimes has resulted in more seamless execution of production orders.

Also important – when concerning MES factory’s – was the automatic calculation and display of KPIs in real-time.

Company performance after implementing the MES

When analyzing the results of MES implementation in the cosmetics factory, the following can be noted:

With an increase in the potential time allocated to production, the quality of execution has therefore improved, and time losses have been reduced. This is particularly interesting in the context of figures.

Downtime at the plant was reduced by 5%. At the same time, if we take the time period between 2018 and 2021, the OEE has increased. In this case, the values increased by 15%.

Another factor that stands out, is the changeover time – the time it takes to get the machine ready for a new manufacturing order. Because of the adoption of ANT, these parameters have been reduced by 36%. As a result, the production cycle is extended and manufacturing efficiency improves significantly.

Leave your email to get an offer

Welcome back!
Request a demo to get a quick overview about the solution

I'm ok with it